Vicky Kaushal made his debut with 2012’s Luv Shuv Tey Chicken Khurana, He was born to famous action-director Sham Kaushal. Vicky played his first leading role in Masaan. For his performance in Masaan he won the IIFA and Screen Awards for Best Male Debut.

Vicky worked with Anurag Kashyap as an assistant director in the Gangs of Wasseypur franchise. He has acted in successful and critically acclaimed movies like Uri: The Surgical Strike, Sanju, Manmarziyaan, Raazi. In the year 2018, Vicky played two important roles in the Sanjay Dutt biopic “Sanju” and Alia Bhatt starrer “Raazi“. He played the lead role in box- office successful Uri : The Surgica Strike, an action film based on the Uri attack.

Here we have compiled best dialogues from Vicky Kaushal movies :

“We will bloody hell finish it” 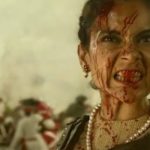