The 2019 Cricket World Cup began on 30 May and will end with the final on July 14. England and Wales are hosting the !2th edition of ICC’s flagship event. 10 countries are participating in this World Cup. Australia defeated New Zealand in the 2015 World Cup finals to win their 5th world cup. The group stage format is a round-robin, where all ten teams will play each other once, in a single group.

From Sarfaraz Ahmed’s funny reply to a question to Mushfiqur Rahim’s run out error, memes on every incident flooded the internet. Some incidents like Gayle’s dismissal against Australia and Dhoni wearing gloves with Army insignia also sparked controversies.

Here are the funniest, controversial and viral photos from the World Cup Tournament :

Kohli’s Plea To The Umpire

When King Kohli Met The Queen

My answer is also the same. Nothing different. No difference

Kohli Laughing In The Dressing Room

Kohli In Coversation With Sachin And Viru 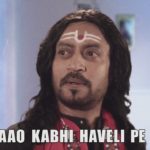 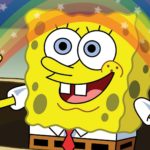